I enjoy working with heritage interpretation, for historians and heritage specialists, such as English Heritage and Storyline Designs.  It such a broad field, and often benefits from a light dusting of humour. Here’s a few different projects…

St John Maddermarket Church, Norwich.  The project was to draw a long panorama of the street, with its lovely old buildings.  This is just a detail, focused on the church, and for fun I’ve added some 1700s people.  What great clothes they wore then, if you could afford them!  I’d be on the far right of the picture… click here to see the whole panorama without people. 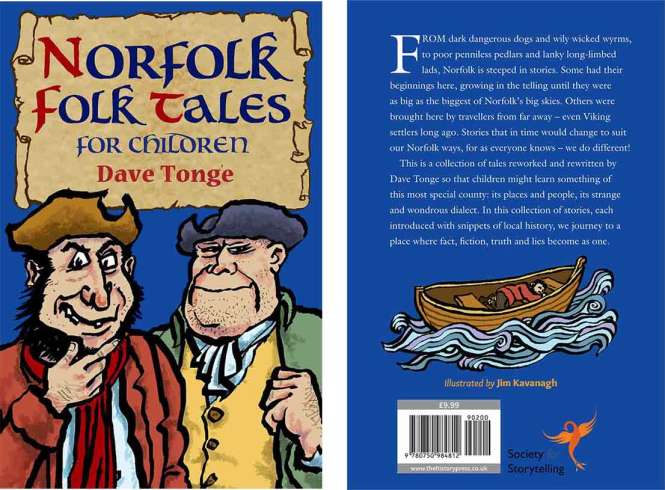 Old Sarum, Wiltshire (below) – I worked with Storyline Designs on a schools activity pack for this two thousand year old site, to bring it alive through the many different people who have known it.  Some are famous historical figures, and some we can only guess.
Storyline always take an imaginative, multi-media approach, with objects, activities, riddles and more.  I provided illustrations and design for these character cards.

There are 15 different interviews with historic folk in all, from the Middle Ages to WWII.  I had fun creating them, especially this guy, England’s most famous Frenchman. How often will I ever be asked to make a portrait of Williaume le Bâtard…?

Percys’ Great Tower Adventure is another job for Storyline.  Its the book element in a family guide pack, with objects and activities which can be taken around Warkworth Castle in Northumberland.  Warkworth is a huge and once luxurious palace of mediaeval high living for the Percy family.  There are lots of different rooms to explore, so the book gives you an idea of the rich (and poor!) who used them.
It needs a guide to help, so I created Percy the Lion (borrowed from the family crest), who is there on each page to explain who and what things are, as you go along…

The giant Keep would have been buzzing with cooking, drinking and celebrity status fun and games in the 1400s, with hundreds of people involved in service. 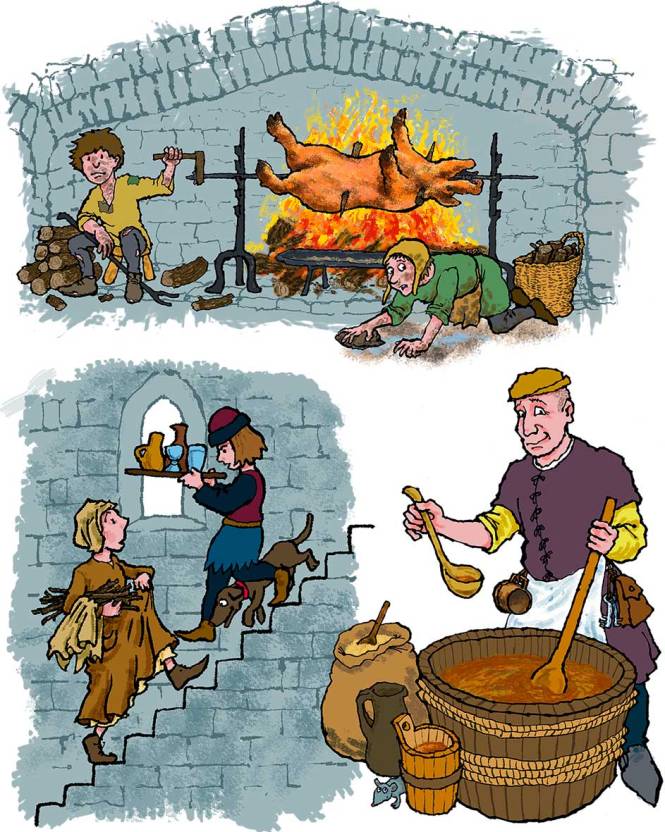 So the pack helps give today’s visitor some idea of who and what was going on in the now empty stone rooms, of which there are still a lot (the Keep is in very good nick).  You know the phrase describing the hustle and bustle of Mediaeval life, cheek by jowl.

Of course not everyone in the great wheelie bin of history is a colourful celebrity with their own  well known story.  The majority of people are not just the Great Unwashed, but the Great Unknown… millions of whose lives we have only a sketchy, basic knowledge.

Ordinary folk: a Mediaeval & a Roman soldier with his wife 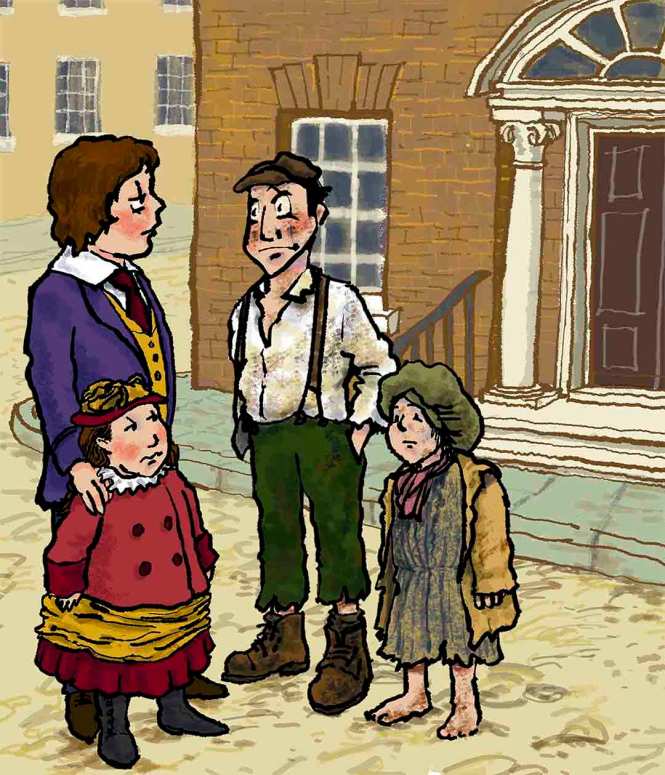 Some Victorian inequality from a job for Mildenhall Museum

Speaking of little known lives toil and woe, there’s nothing like taking inspiration from my fellow illustrators of the past.  For these Tudor people I have aimed for a printed, woodcut look, as would be found in the popular chap-books from late Tudor onwards.

These were done for a historical re-enactment group, so they are all based upon the actual individuals!
Reconstruction artist’s impressions – if a picture says a thousand words, a picture drawn in consultation with the author can say exactly which thousand are the ones they need.  Here’s two impressions, from scant documentary references, for a book about Gloucester. 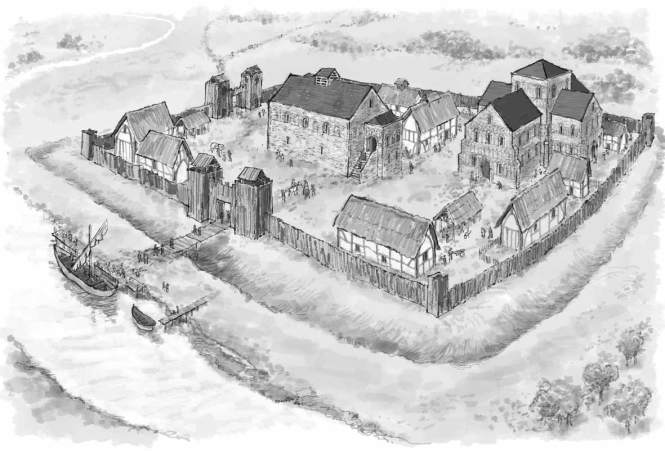 Here are more Tudor folk, and below them some fellows from the 1800s, both from a  Shakespeare gig I did.

On the same page you can find these two lovely ladies, Trolls being rather good fun to draw and tell tales about, even the happily married ones.